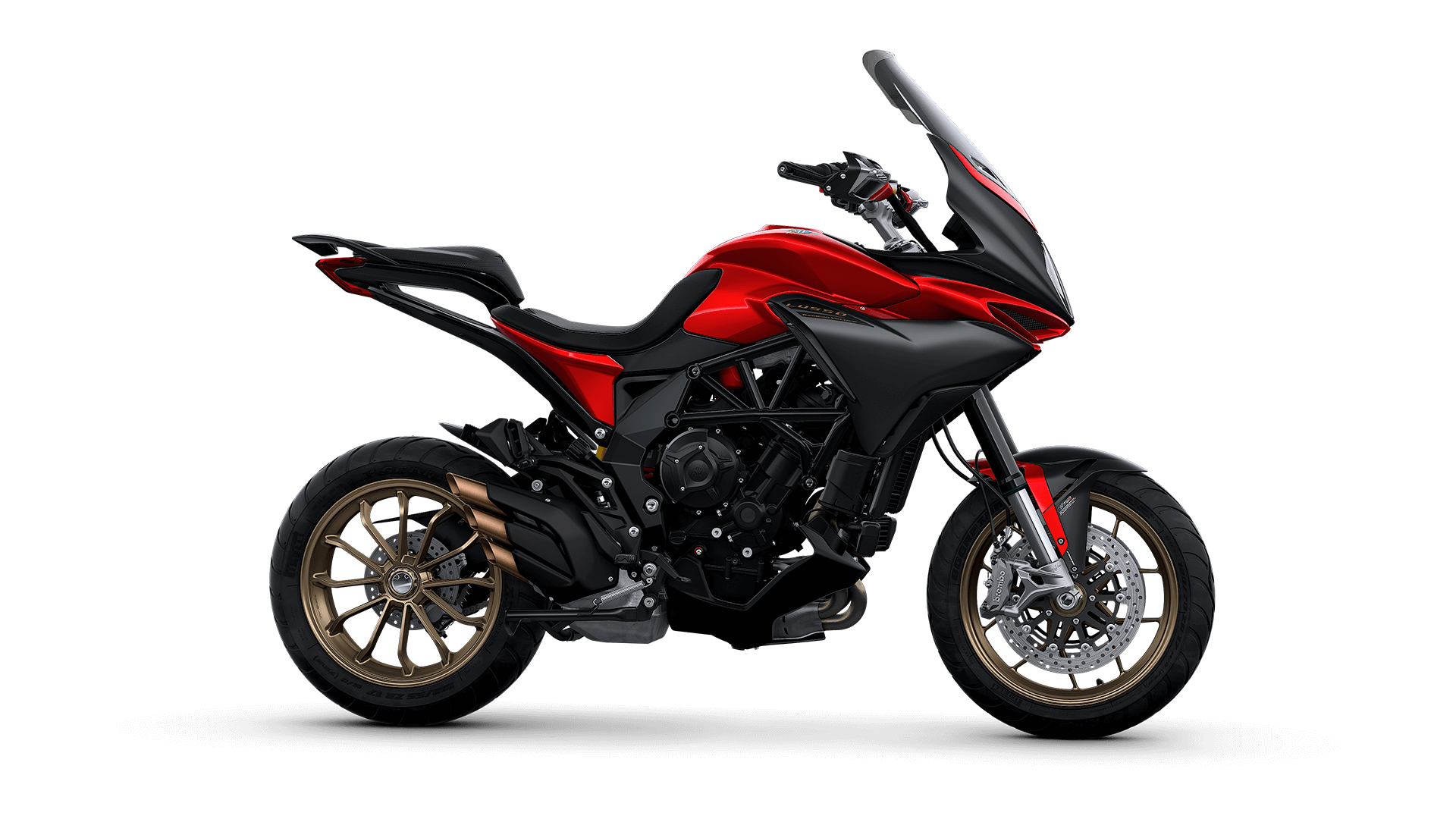 ONE ONLY AT THIS PRICE

All of the stylistic choices that inspired the Turismo Veloce are the result of special attention to functionality. Wind protection, comfort and heat dissipation were all achieved, without compromising on the design that makes every MV Agusta model unique.

Touring as a vocation requires the best machinery, which for the Turismo Veloce Lusso first and foremost means the highest standards in completeness, technology and ease of use.

Even when accompanied by a passenger and when carrying all the luggage you need for a long journey.

The concept at the heart of the Turismo Veloce, first released with the Lusso version, is to successfully harmonise two usage scenarios that are normally mutually exclusive: travel and sport.

The fastening mechanism of the luggage cases, for example, allows you to mount or remove them in a matter of seconds, redefining the aesthetics and at the same time changing the riding dynamic.

FEEL THE POWER OF SOUND

The straight-three engine, famed since its first launch for its groundbreaking engineering, for example with its counter-rotating crankshaft, has been awarded Euro 5 certification, without sacrificing the gentle power enjoyed by all that has, since its conception, been its hallmark. The new intake ducts guarantee a considerable increase in torque at low and medium revolutions, the most used during riding.

The added innovations are substantial: starting with the new inertial platform, developed exclusively for MV Agusta. The precision of the traction control and ABS have benefited, partly thanks to the dedicated programming for this specific model.

To make your journey even more pleasurable, the new Turismo Veloce is fitted with semi-active Sachs suspension, with further optimised adjustments. Ergonomic analysis inspired us to redesign the entire central block of the bike, reducing the height of the saddle by a whole 25 mm.

The satellite-aided anti-theft system, included as standard, is just one of example of the attention to security. The stunning elegance of the Lusso outfitting, in addition, is a yardstick for the entire category.

Finance is provided by MotoNovo Finance Limited, One Central Square, Cardiff, CF10 1FS and is available to UK residents aged 18 years or older, subject to status. Terms and Conditions apply. Representative example based on a mileage of 4000 miles per annum. If expected total mileage is exceeded, there is an excess mileage charge of 20 pence per mile. 4.9% APR is based on a very good credit score. The APR will vary based on an assessment of your personal financial circumstances. Rates and payments will vary. At the end of your PCP agreement, you have three options: pay the total outstanding balance and take ownership of the bike; or hand the bike back (there may be a charge for excess mileage and damages); or you may be eligible to re-finance your residual value with a new motor finance agreement. You should not borrow more than you can afford to repay as doing so can cause you financial difficulties. Rider Motorcycles Ltd (trades as Wheels Motorcycles) is authorised and regulated by the Financial Conduct Authority (FCA 549854) and acts as a credit broker and not a lender. We may receive commission from the lender that does not affect the amount you pay to that lender under your credit agreement. Please ask if you need more information. 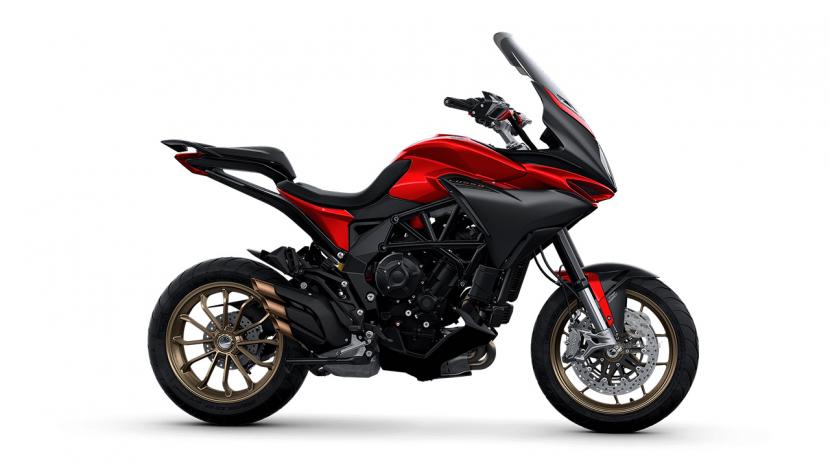 In order to reserve this MV AGUSTA Turimso Veloce Lusso, you can place a fully refundable deposit of £99. Simply click on the the button below to proceed via a secure, one time and fully refundable payment of £99.

Please note that placing a deposit doesn’t guarantee model availability, we’ll contact you to confirm your sale or to issue a refund if your chosen model is unavailable.

Get the latest news and offers straight to your inbox

Rider Motorcycles Limited trading as Wheels Motorcycles and Wheels Honda is an appointed representative of ITC Compliance Limited which is authorised and regulated by the Financial Conduct Authority (their registration number is 313486). Permitted activities include advising on and arranging general insurance contracts and acting as a credit broker not a lender.

We can introduce you to a limited number of finance providers. We do not charge fees for our Consumer Credit services. We may receive a payment(s) or other benefits from finance providers should you decide to enter into an agreement with them, typically either a fixed fee or a fixed percentage of the amount you borrow. The payment we receive may vary between finance providers and product types. The payment received does not impact the finance rate offered.

All finance applications are subject to status, terms and conditions apply, UK residents only, 18’s or over, Guarantees may be required.
Please note that there is an additional £99.00 preparation fee payable on the purchase of all new and used motorcycles.